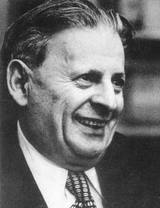 Emmanuel Levinas was born January 12, 1906 in Kaunas, Lithuania. He was the oldest child in a middle class Jewish family and he had two younger brothers. Growing up, Levinas read the Bible in Hebrew. Additionally, Russian was the language of his early education and he was also fluent in German.

In 1914, in the wake of the war, his family emigrated to Karkhov in the Ukraine. In 1920, his family moved back to Lithuania and two years after the country gained independence form the Revolutionary government. Three years later, when he was seventeen, Levinas moved to Strasbourg, France to study philosophy. He studied with French philosopher Maurice Pradines and also, he studied psychology with Charles Blondel and sociology with Maurice Halbwachs. While in France, he met his lifelong friend, Maurice Blanchot. In 1928, he spent a year studying at the University of Freiburg in Germany. While there he attended seminars by Edmund Husserl and Martin Heidegger. He was influenced by Husserl’s Logical Investigations and afterwards, he became a follower of Heidegger’s Being and Time, which was to have a profound effect in his thinking. In addition, Levinas  became influential in France as a result of his translations of Husserl and Heidegger in to French. In the same year, Levinas taught at schools for Jewish students in Paris after completing a doctoral dissertation at the Insitut de France. In 1932, Levinas married Raissa Levi, whom he had known since childhood and later, they had a daughter.

As World War Two broke out, Levinas enlisted in the French officer corps and worked as an interpreter of Russian and German. However, he was captured in 1940 and spent the next five years in a military prisoners camp where he was put into forced labour. His whole family was killed aside from his wife and daughter who had managed to hid in a French monastery.  The experience of war and the Nazi horrors caused an increased awareness of his Jewish roots. So, at the age of forty, Levinas sought out Mordachi Chouchani, an amazing Jewish teacher. He instructed Levinas in the ways of the Jewish Talmud and from 1957 onward Levinas started to give lectures on the Talmud for Jewish students in France.

Moreover, after the war, Martin Heidegger’s affiliation with Nazism, led to a crisis in Levinas’s enthusiasm for Heidegger. Consequently, Levinas was forced to question his beliefs and those imposesd upon him.

Levinas’ career after the war was spent at the Alliance Israelite Universelle, where he was appointed the Director. In the late 1950s and early 1960s, he started to develop his own philosophy as he became more critical of Heidegger and Western thinking in general. He believed that Western philosophical tradition tended to overcome diversity by grouping everything under an all encompassing unity as opposed to recognizing the singularity of all people. He argued that the singularity of things is what gives each thing its identity and to deny the singularity of things is to deny uniqueness. Moreover, in this uniqueness we see the Goodness in each individual, or God.In essence, it becomes evident that Levinas’s philosophy is a direct result of having his own singularity denied in the Holocaust.

He wanted to go beyond the accepted and ethically neutral conception of ontology and he did this in 1961 by completing his doctoral thesis, Totality and Infinity. This work resulted in Levinas being appointed Professor of Philosophy at Poitiers and then in 1973, at the most prestigious school in Paris, the Sorbonne. His second major work was published in 1974 and since that time more than a dozen books have appeared. He retired in 1976 and died on Christmas day in 1995.http://www.nytimes.com/1995/12/27/world/emmanuel-levinas-90-french-ethical-philosopher.html 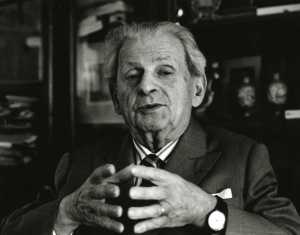 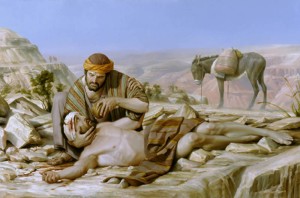 Levinas argues that the face is ethical; it makes people responsible. The face of the Other reveals to people their singularity; their uniqueness. When an individual comes into contact with the Other it becomes apparent that they are not the same as them at all, but rather they are their own unique entity.

These traces of uniqueness  that  are seen in the Other are traces of God and the face makes people morally responsible. The Other is a stranger – their whole existence is threatened and they are vulnerable – the Lord calls people to love the stranger as ourselves because he too loves the stranger. When one recognizes the depth of misery in the Other, the face becomes ethical. The face of the Other calls us to act; it commands us to be responsible and to notice its singularity.

Moreover, in the story of the Good Samaritan a student asks Jesus what he can do to attain eternal life. Among other things, Jesus tells him to love his neighbour and when the man asks who his neighbour is Jesus replies by telling him the story. In it, a traveller – who is presumed to be Jewish – is beaten and the only person who stops and takes care of him is a Samaritan. This was surprising because the two would have been considered enemies and it is in the man’s actions that  Levinas’s ethical theory is illustrated. Evidently, the Samaritan took pity on the man who was lying in the road – he had mercy on him – he didn’t leave him there to die like the other two men did.  He looked past the sameness that had been placed on the man by society and saw his singularity; he saw him for more than merely a Jewish man. The Samaritan saw the man’s uniqueness; he couldn’t just leave him there, he had to act. Seeing the man had called the Samaritan to be responsible; to care for him.  By helping the traveller, the man had helped God. He went out of his way in order to help a stranger; he used his autonomy in order to help the Other.

Emmanuel Levinas’s philosophy is more relevant today than ever before. In his writings he talks about the face of an Other as being ethical – simply because in the face of the Other we see their uniqueness. The uniqueness in them is a trace of the Good, or more importantly, God. The face is vulnerable – it can’t be covered up – and consequently, we are made responsible by the face. It is our call to action; our call to act as Catholic people. People today can relate to Levinas’s teachings not only while with their friends, but also while with strangers. For instance, as we pass homeless people it would be easy for us not to act if we didn’t have to look at them. Out of sight, out of mind people could say, however, when we look at them – when we see their faces – we feel compelled to act. We cannot walk by without doing anything – even if we don’t take direct action, the Other’s face still stays with us – we picture their faces as we walk away. The face calls us to help; it makes us morally responsible. In essence, Levinas’s philosophy is with us all the time – it is there calling us to act whenever we face the Other.

Levinas’s philosophy is ethical and like Aristotle’s and Kant’s ethics, his is in search of the good. At the heart of Levinas’ teachings are descriptions of the encounter with another person. That encounter manifests a particular feature: the Other impacts me unlike any other worldly force or object. Edmund Husserl’s phenomenological approach to constructing others within a shared social universe is this : This ‘Other’ can be created in one’s mind, on the basis of vision, as an alter ego. It becomes apparent that this human being is “like me,” acts like me and is in control of their conscious life. However, Levinas argued that his constitution lacked the main element of intersubjective life: the fact that the face addresses us, calls us. The Other does not even have to speak in order for us to feel the call in their approach. Levinas argues that the face calls us to be responsible; in it we see the Good or God. More specifically, in the Other’s face we see their singularity and uniqueness. And this uniqueness is a trace of the Good, or God. This trace tells us that God was there, but has now gone ahead; The Infinite One is always one step ahead.

Moreover, when we experience the human face we are seeing the traces of God. Subsequently, in the Other’s face – when we look into their eyes and see who they are – we meet a stranger, one whom we can’t reduce to being us. This person is “Other” and they call us to recognize their uniqueness; they call us not to take the otherness away. The face is an authority over us; the face is a work of God. The superiority of the face comes from the sheer fact that the Other is a stranger – someone who is completely defenceless – realizing the Other’s depth of humility is what makes the command of the face ethical. The face of the stranger demands that we acknowledge it and provide hospitality. This responsibility is our calling and Levinas’s ethics twists us in the direction of our neighbour. In essence, the face calls us as Catholics to love the stranger as ourselves and to treat others as we would like to be treated; it calls us to recognize the beggar on the street and to help our fellow human person. In his philosophy, Levinas reminds Catholics of the Good – he connects our uniqueness to being the beauty of God – he makes us responsible for one another. In the end, he makes a connection that is necessary – we have a call to act – a call to do God’s work. The face of the Other reminds Catholics of our moral responsibility on Earth.

"The face is a living presence; it is expression...The face speaks"